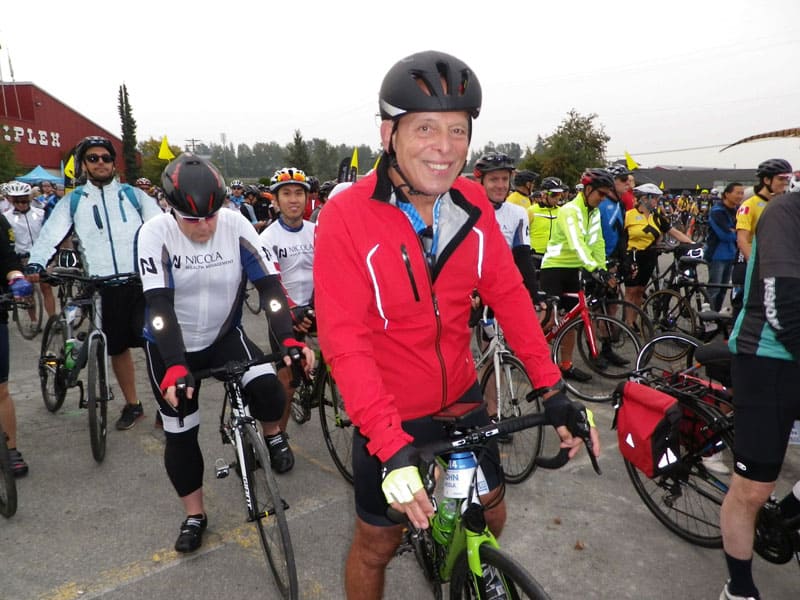 “We have had good success as a firm and TEC has been a valuable contributor to our growth and story over the years.”

“I was born in England and between kindergarten and university went to 10 different schools in two countries and seven different cities. So Vancouver was truly my first home, where I put down roots my second time in the city in 1966. Since then I have lived in Vancouver, and while at UBC met my wife while playing in a rock band. After university, I realized that while I loved music, I did not have the talent required to excel at it, and a friend convinced me to take a job selling life insurance with Met Life. 45 years later I am still in the financial services industry.”

“I founded Nicola Wealth in 1994, 20 years after entering the business. My former partner felt he needed more control over our partnership and so I decided to leave and start over. We had eight people and $80 Million in assets that we managed for clients. Our focus has always been to work with business owners and professionals. Today we are 180 people and $6 Billion in assets. We started off as commission based and now we are fee based,” said John.

“I have been successful in building a strong team and one of our core beliefs as a company is to ‘Share the Pie’. This is in terms of profit sharing, in which last year our people received profit sharing equal to 25% of their base pay. We now have 32 shareholders up from 1 in 1994 and my share position is at 45% vs. 100%. But the 45% is worth about 150 times what the 100% was worth in 1994 when dividends are factored in. Sharing has paid off because we now have a lot more stakeholders.”

“I joined TEC because of a friend named Neil Duke about 17 years ago. I was lucky to be invited into a great group with Bob Sinclair as such a strong Chair. I now make it to about seven meetings a year, where I take notes and thoroughly enjoy them all. One of our best consultants came as a direct result of a TEC presentation seven years ago and we still work with their firm. As member of TEC, I have also been able to make good friends and have had the ability to invite friends to join, and quite a few have.”

“Being in TEC is like having a board; everyone has each other’s backs, they’re transparent and honest, and it’s a safe environment, with a very high level of trust.”

“TEC has been like an informal board to me. I have used it to review decisions about hiring key people, different reporting models, and when we have considered an acquisition. In fact, pretty well all major business decisions we make are vetted through my TEC group. It has also been good to listen to their issues, and has helped me realize that some of our concerns are quite minor in comparison.”

“I have now been married for 44 years and we have three sons and four grandchildren all living close by. My wife Claire enjoys the social sessions we have with TEC, both with respect to the retreats and special dinners; two of which we have held in our home. Overall, TEC has been a very worthwhile addition to my life.”