Sales Tactics We Must Use in a Crisis 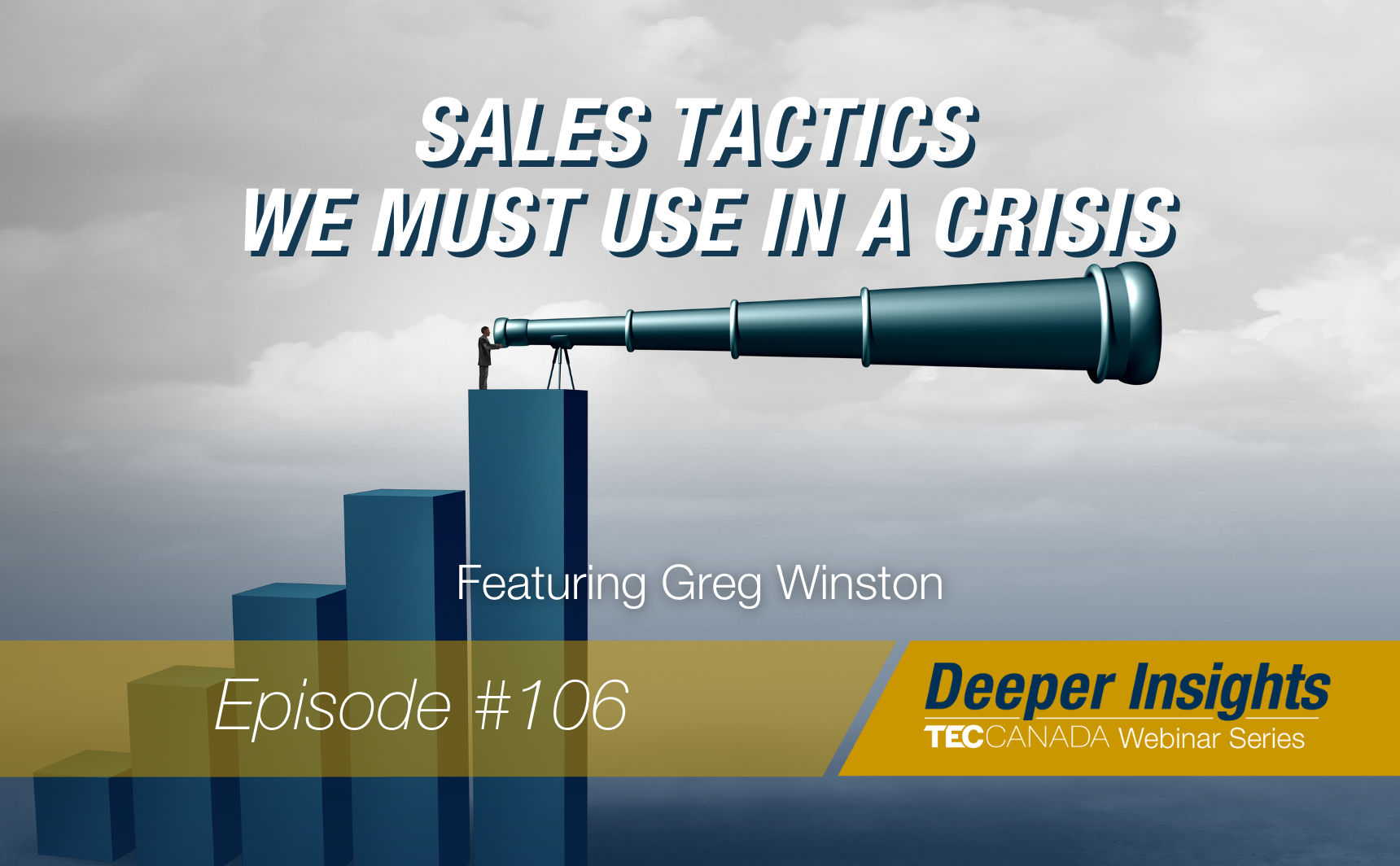 Greg Winston is a pioneer in the study of high-performance in the area of sales. Since 1998, Greg Winston‘s innovative ideas and methods have had a lasting positive impact on the careers of hundreds of marketing professionals.

Companies at all levels use his seminars and training programs with proven tools for increased personal and professional success. Local and national sales teams use his Luxury Mindset Research to understand how to better market and sell high-end products.

In his early years, Greg began a sales career with the Xerox Corporation and became one of their lead sales professionals. At one point in his year-to-date sales figures were 10 times more than the average sales representative. While most sales representatives averaged 125% of the budget, Winston set a branch record of 1003%. Immediately following that success he was then promoted to work with new hires. He used those same concepts during stints with CBS Television and Radio then Warner Bros. Now, during this TEC Canada Deeper Insights webinar session, Greg brings those skills and more to you.

By watching this previously-recorded webinar led by Greg Winston that details key sales skills to use during/after COVID-19, expect to become equipped with deeper insights surrounding:

The TEC Canada Deeper Insights webinar series will equip you with the tools to strategically approach complex issues and uncertainty with confidence. Hosted by industry experts – that have a commendable business background – each webinar is focused on accelerating your ability to grow strategically and overcome hurdles faster. In addition to expert thought leadership, all webinars feature a Q&A session. This is your opportunity to insight from industry leaders and implement real solutions.