Putting the Inflation Genie Back in the Bottle: Bringing Canadian Inflation Back to 2% 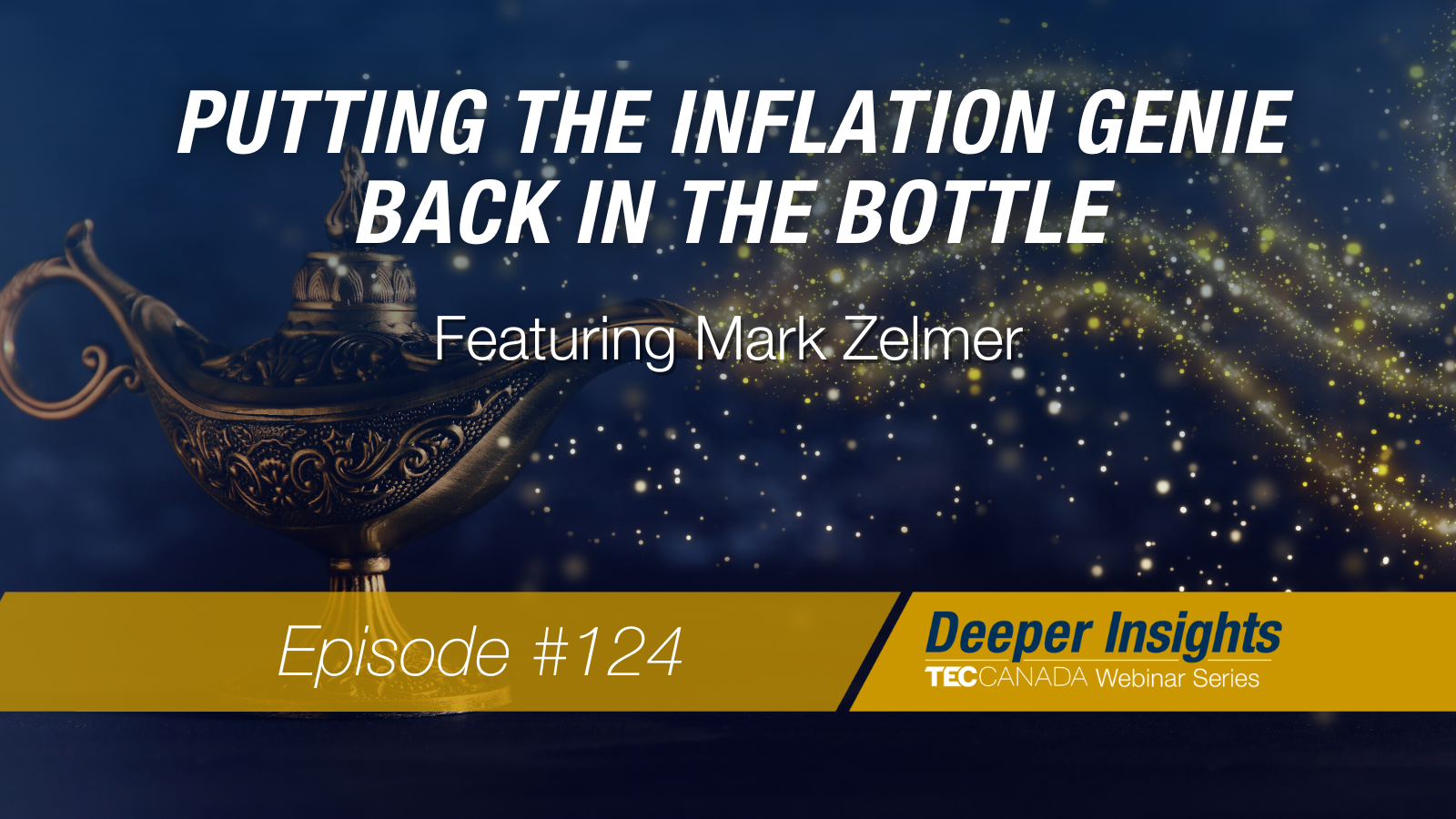 Putting the Inflation Genie Back in the Bottle: Bringing Canadian Inflation Back to 2%

Mark Zelmer’s work with the Bank of Canada, the OSFI, and the IMF, over the past 35 years has given him a wide range of policy experience and the various tools central banks use to control inflation.  This live and interactive webinar led by Mark will examine the current Canadian economic climate and discuss the measures being taken to bring inflation back down to 2%. By watching this recorded webinar, you’ll become equipped with deeper insights surrounding:

Mark was also an active contributor to the global regulatory reform agenda in the wake of the financial crisis. As a member of the Basel Committee on Banking Supervision, he chaired the development of several macro-prudential components of the Basel III Capital Accord and led a peer review assessment of the European Union’s adoption of Basel III capital requirements. He also served on the Financial Stability Board’s Standing Committee on Supervisory and Regulatory Cooperation and co-chaired its work on structural vulnerabilities associated with the global asset management industry.

Mark has been busy since retiring from OSFI. He currently sits on the Boards of Directors of the Canadian Life and Health Insurance Compensation Corporation (commonly known as Assuris) and State Street Trust Company of Canada. He is also a senior fellow of the C.D. Howe Institute where he has written papers on central banking and prudential issues. In response to a request from the UK government and Bank of England in 2018 he conducted an independent review of the prudential supervision of a medium-sized UK bank (Co-Op Bank plc) that nearly failed in 2013. And, he has helped the International Monetary Fund assess the stability of the Japanese and US financial systems.

Mark holds a Master of Science (Business Administration) degree from the University of British Columbia and a Bachelor of Commerce (Honours) degree from Queen’s University.

The TEC Canada Deeper Insights webinar series will equip you with the tools to strategically approach complex issues and uncertainty with confidence. Hosted by industry experts – that have a commendable business background – each webinar is focused on accelerating your ability to grow strategically and overcome hurdles faster. In addition to expert thought leadership, all webinars feature a Q&A session. This is your opportunity to gain insight from industry leaders and implement real solutions.