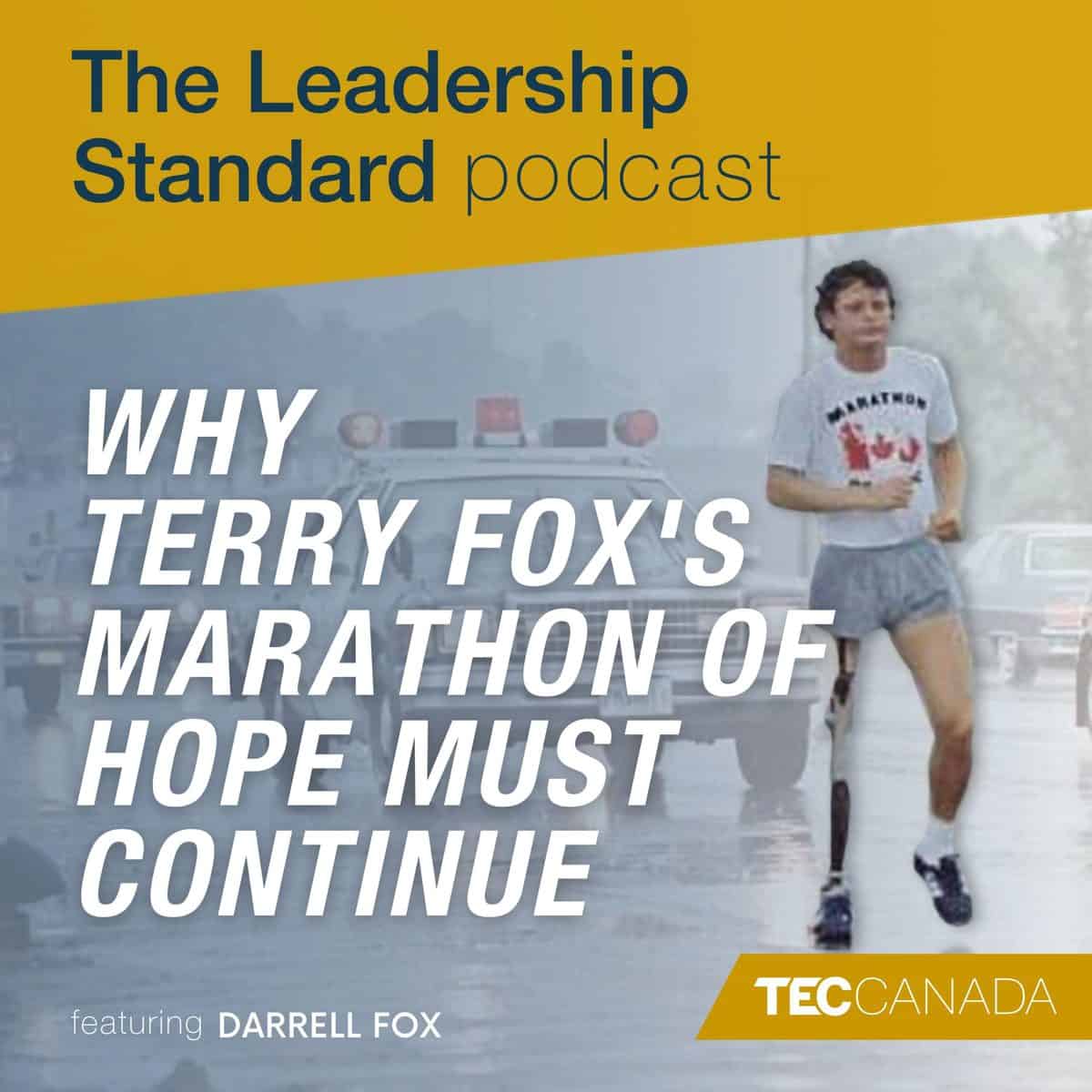 In our latest episode of The Leadership Standard podcast, host Gair Maxwell sits down with Darrell Fox, Senior Advisor at the Terry Fox Research Institute and younger brother of Terry Fox.

It was on April 12th, 1980, that Terry dipped his artificial leg into the Atlantic Ocean and proceeded to unite Canadians in a way never before, nor since, seen. When Darrell turned 17, he joined his brother Terry and his best friend Doug Alward on his Marathon of Hope in Saint John, New Brunswick. Terry Fox would cover 5,300 kilometers (3,339 miles) over 143 days before his cancer returned and forced him to stop running.

By tuning in to this inspirational conversation between Gair Maxwell and Darrell Fox, you can expect to discover:

Darrell Fox has had a long history of involvement with the legacy founded by his brother. Today, Darrell serves on the TFRI’s Board of Directors, is a Senior Advisor to the Institute, and along with fellow descendants of Betty and Rolly Fox is a member of both the Terry Fox Foundation and Terry Fox Research Institute. A holder of the Queen’s Diamond Jubilee Medal, Darrell continues to be involved in fundraising, story, and recognition initiatives related to Terry Fox and his legacy.