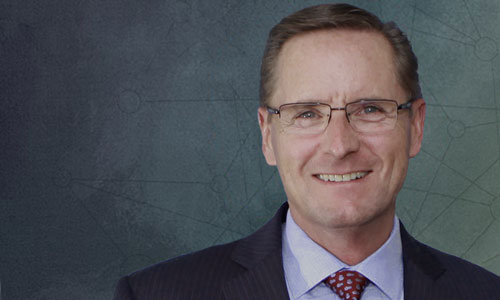 Todd Millar is no stranger to developing leaders. He spent five years as a TEC Canada Chair, challenging and supporting CEO’s and small business owners to take their personal and professional life to the next level. Todd now brings his fresh ideas and powerful leadership skills to his role as President and CEO of TEC Canada. He is committed to working closely with the TEC Canada Chairs across the country to grow the membership base and impact Canadian business leaders.

Todd is an executive coach, author and speaker and brings an impressive 25-year career in senior executive positions in petroleum, telecommunications and advertising industries. As President of SuperPages Canada, he played an instrumental role in the most successful private equity transaction in the history of Bain Capital, acquiring SuperPages Canada for $1.9 billion and in less than a year selling the assets for $2.6 billion. That accomplishment reflects Todd’s ability to assemble the right teams, provide inspirational leadership and create a rewarding environment.

Todd embodies the type of people involved in TEC, he is a life-long learner, volunteer and community member. He expanded his knowledge beyond the boardroom when he climbed to Base Camp of Mount Everest. The life and leadership lessons Todd learned on that journey and throughout his career led him to build the Everest Model: a new way of looking at life, from the top. Previously, he also served as President of the world’s largest hockey association, Hockey Calgary. He has been involved in a number of volunteer organizations, such as the Juvenile Diabetes Research Foundation, the Calgary Stampede and the National Adoption Association.