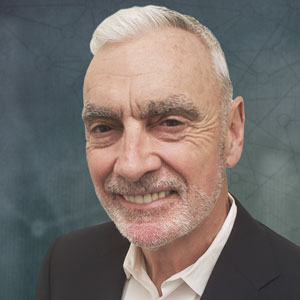 “A peer advisory group of execs that have experiences in differing industries is a powerful tool for improvement.”

Bill believes in an inspirational management style; winning the trust and respect of colleagues through openness and transparency. He is a seasoned executive with experience in media, manufacturing, mergers and acquisitions, sales, marketing, international trade and “turn-around” management.

Bill has been a significant contributor to the Canadian media industry for over 25 years having been the publisher of The Financial Post. He also served as CEO of a dynamic international aerospace corporation for nine years. Bill has also been involved in many projects as the Principal of SharpEnd Consulting. Projects have included providing strategic advice for a German aerospace corporation to advising Canada’s leading newspaper company on the journey from legacy media to the digital workplace. He is also a Senior Advisor to The European Bank of Reconstruction and Development.

In addition, Bill is recognized as a community leader having influenced projects in Canada and his native home, Belfast. He co-founded the establishment of Ireland Park on Toronto’s waterfront. Bill has also been Chair and is a Board member of The Ireland Fund of Canada; providing funding for the establishment of integrated schools in Northern Ireland as a contribution to the establishment of peace.

Bill seeks to establish a group that thrives on the diversity of its members and the mutual trust they will gain through the TEC process. Bill intends that his TEC group will produce significant and measurable benefits to its individual members and their companies through the power of peer advisory.