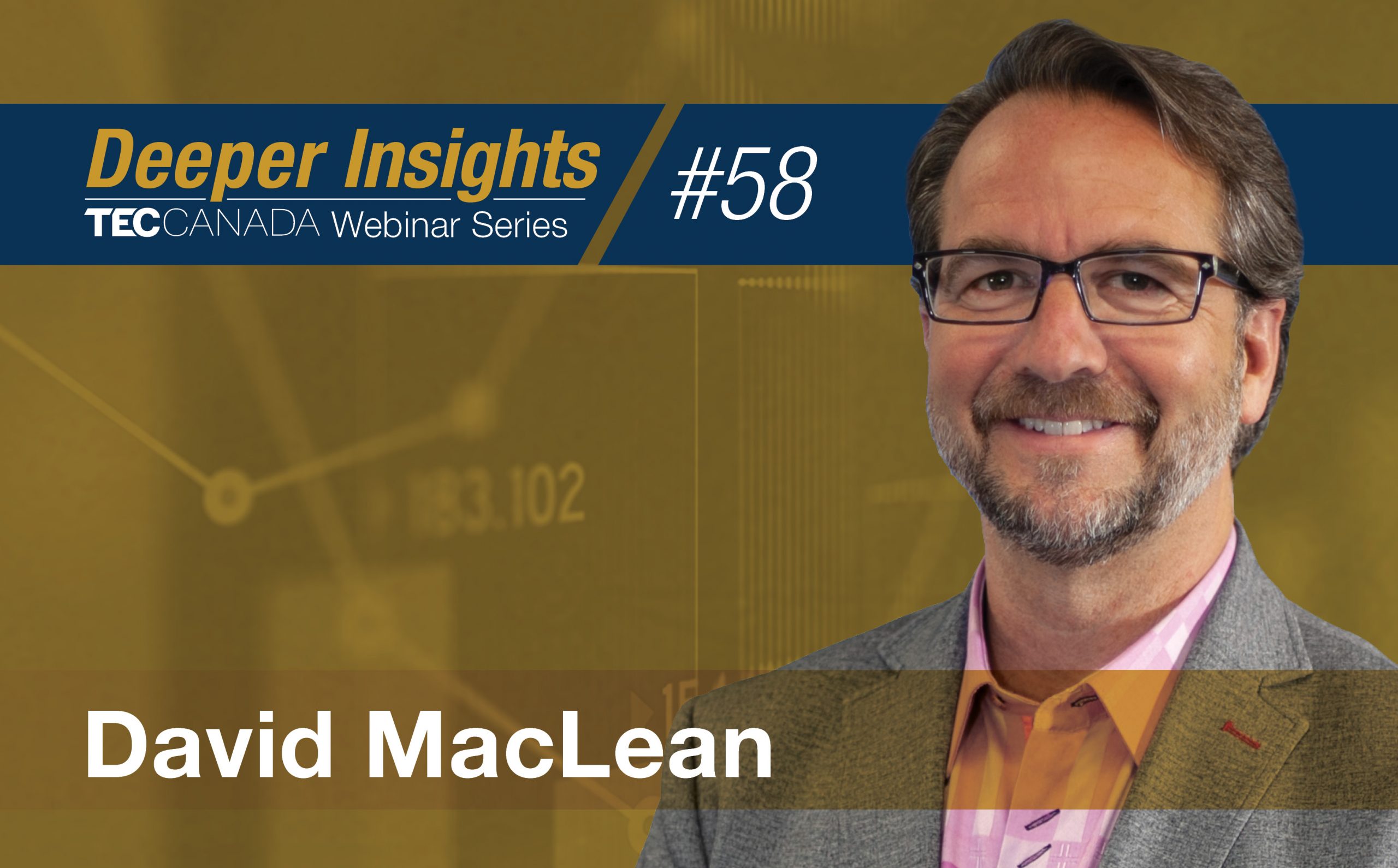 Your leadership is either a competitive advantage, or a competitive disadvantage.  In the new economy the real competition is over employees, not customers. Participants will be inspired and equipped to lead wholeheartedly to create wholehearted employee engagement and overall corporate success. They will also be equipped with a laser-focused understanding of the underlying philosophy of great leadership, a concise guiding definition of leadership, the 2 foundations all great leadership is built upon, and the 5 core components of wholehearted leadership.

Participants will leave envisioned, inspired, and equipped to create their company’s most profound competitive advantage – wholeheartedly engaged employees. This presentation is applicable for any leader at any level in an organization.

David MacLean is an award-winning, Master Chair for The Executive Committee Canada (TEC). David leads CEOs, Entrepreneurs and Executives to “Dare Greatly”.  He is a recipient of the TEC Canada Red Shoes Award for his outstanding creativity and innovation in the art of leading leaders.

Decades before joining TEC, David served as a sports marketing specialist in the National Hockey League. He then established MacLean Group Marketing, an
international, full-service marketing agency; and MacLean Sports Marketing, which served the promotional needs of professional sports teams across North America.

Throughout the 15 years David owned and operated his companies, MacLean Group received numerous regional, national and international awards for outstanding work.  MacLean Group was also recognized by Profit Magazine as one of the Fastest Growing Companies in Canada.  Under David’s leadership they grew at approximately 800% in a 5-year period.

David is a TEDx speaker. David’s TED talk was based on an incredible 2 year global educational odyssey he and his wife led their 2 sons on.  While owning and leading his agencies, David and his wife led their sons on an experiential learning journey travelling to 7 countries on over 2 dozen trips to over 100 destinations, travelling over 115,000 KM.  Their trip, the books they wrote and published and the philanthropic work they did was national news in Canada.