The Stories Behind Alberta Distillers and Eau Claire Distillery 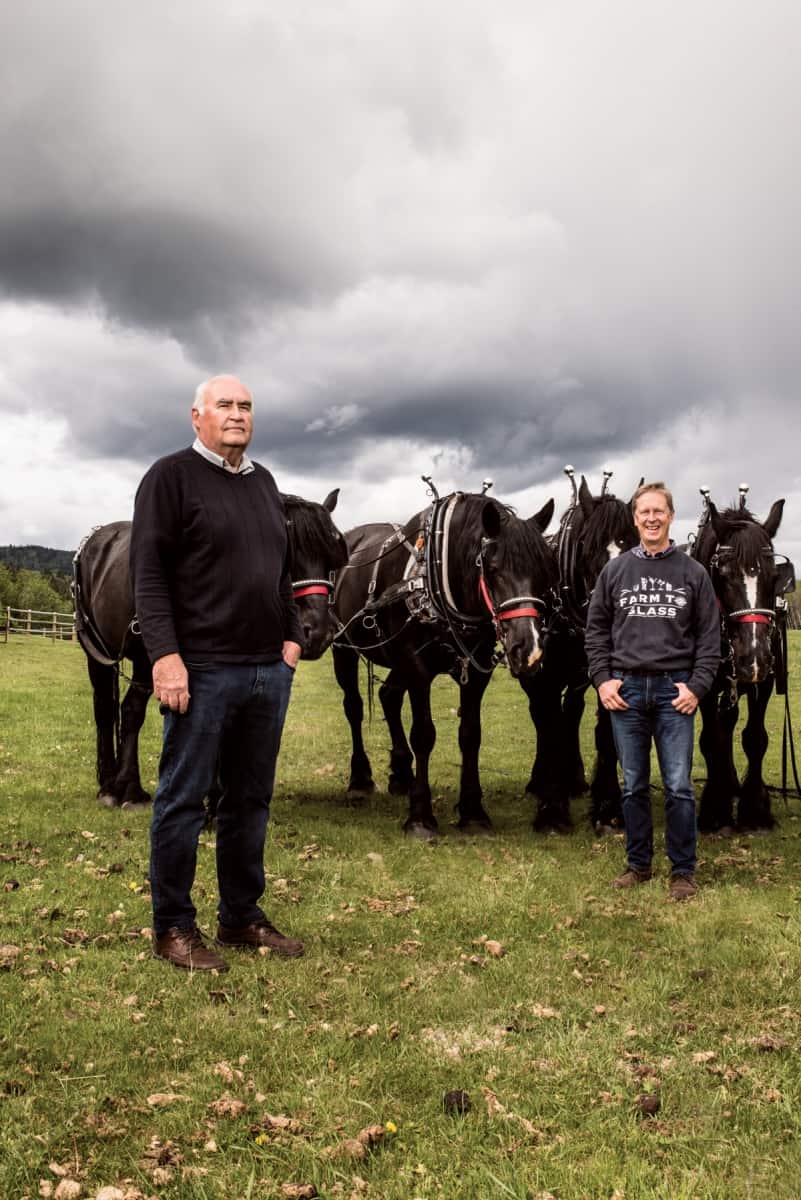 The first craft distiller in Alberta Eau Claire Distillery in Turner Valley pays tribute to its unusual origin in its logo, which depicts two draft horses hitched to a plow. The equines reference the preferred pastime of distillery co-founder David Farran — traditional horse-farming using 100-year-old equipment to produce rye and barley. It was over drinks after an arduous evening of harvesting their shared crop back in 2013 that Farran, a former vice-president at Big Rock Brewery, and a group of fellow horse-farming enthusiasts decided to start distilling their grains.