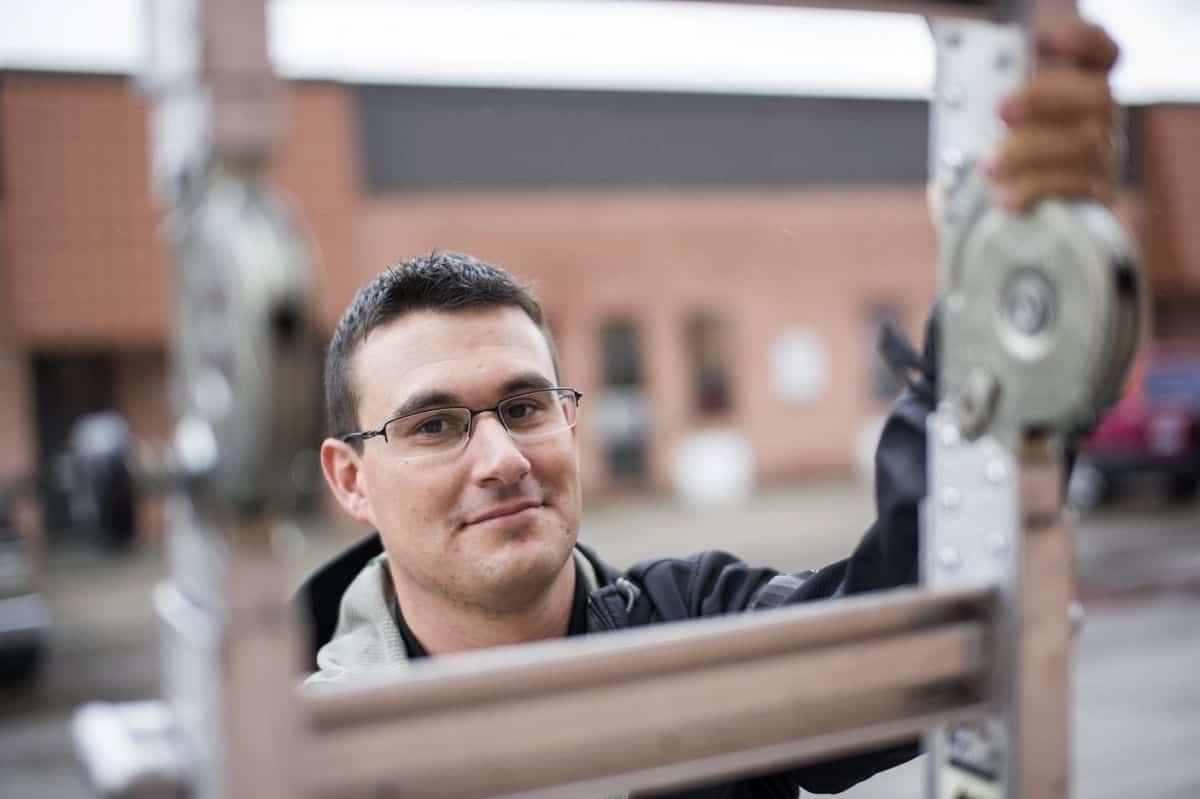 When Brian Audia was a teenager, he tried working at his family’s business, A&G Roofing, a full-service roofing company based in Orillia, Ont.

It didn’t work out.

“I couldn’t handle the physical labour,” he laughs. “I would work hard my first day on the job and then be so sore the next day that I couldn’t get out of bed. I figured out later on that if you just tough it out for a week or two, your body gets used to it. But I wasn’t thinking that far ahead when I was 16.”

Fast-forward a few years and Mr. Audia had completed a liberal arts degree. After deciding he’d had enough of school, he experimented with some multi-level marketing businesses that didn’t work out and then moved back to Ontario from British Columbia. On his return, his father, eager to retire, spoke to him about joining the family company and in 2004, Mr. Audia took it over.

In truth, what he really took over was a “ringing phone and a crew.”

“Dad was what we call a lifestyle contractor,” Mr. Audia says. He had a great business and a great reputation but never scaled it beyond his comfort zone of just himself and a few guys.” After operating his dad’s way for a few years, he grew tired of turning away business and felt eager to grow the company, adding an additional crew in 2008. Now, the firm has 17 employees, 25 if you include sub-trades, and Mr. Audia wants to grow the business even further.

About a year ago, he realized the firm was struggling with cultural issues and wasn’t sure what to do.

“I couldn’t describe it then, but there were a lot of things that just didn’t seem right,” he says. “We had expanded from one crew to two and our season was still always booked. I knew I wanted to grow the company but I didn’t have formal business training, so growth was like throwing darts at the wall and hoping it worked. I knew something was broken and thought if we tried to grow again without help, the whole thing was going to implode.”

That help came when he joined TEC Canada, a leadership and mentorship group for executives and business owners, which he learned about through a client. In its Small Business program, he quickly realized that even construction companies need leadership skills.

“The number one thing I learned was how to look myself in the mirror and be honest with and assess myself as a leader. Putting into practice that one lesson is what turned around our company culture. Becoming a more effective leader changed our business and now I’m fostering leadership in my people,” says Mr. Audia, 36.

“Every trade in construction attracts its own type of person, and ours is no exception. Roofers are a special breed; many workers don’t show up with well refined leadership and communication skills. Conditions are harsh and tempers flare sometimes.

“We have had instances where someone lashed out, speaking negatively about a job, a customer or someone else on their crew. In the past I may have lashed back or even avoided the conversation altogether, but we have completely changed our approach now. We are teaching our employees a different type of communication in an industry where this is not known.”

Now, Mr. Audia continuously looks for professional development opportunities for his employees, especially ones that are integrated with safety. By emphasizing safety, he wants to share the message that his firm cares about its employees and their families.

“I treat my workforce as customers. Everyone buys in with something; clients buy in with their money, employees buy in with their time and their trust,” he says. “If someone is willing to give you the best part of their day, there needs to be something more in it for them than just a paycheque.”

The experience has also led Mr. Audia to solidify his vision for the firm.

“Any great business has a central vision that is about more than just money. My vision is to create a different type of roofing company based on leadership; cultivating our employees so that they can be better leaders at work, at home, and in the community,” he says.

While the mentoring experience has allowed Mr. Audia to emphasize leadership, it has also improved his bottom line by changing his perception about how a seasonal business is run, observes Lindsay McMurray, the TEC Chair who facilitates Mr. Audia’s group and conducts one-on-one coaching with him.

“He had this belief that every year he had to go into debt in the off-season. You can imagine the stress,” says Mr. McMurray. “We challenged those pre-existing beliefs and showed him that it doesn’t need to be that way. From that conversation, Brian tweaked everything. He will now have coverage through winter this year, which will free him up so he can be a better leader and business owner.”

Supporting entrepreneurs remains critical, adds Mr. McMurray, because 97 per cent of Canadians are employed by small- and medium-sized businesses, yet up to 50 per cent fail in their first five years.

The peer mentorship experience has had a profound effect on Mr. Audia. He’s taken the success and goodwill that his parents built and is striving to leave a legacy of leadership with the next generation.

A key component to that legacy is building a succession plan. “We are getting to the point where if something unforeseen were to happen to me, someone could step in and run this business without me,” he says.

Not that he intends to leave any time soon. In the next five years Mr. Audia sees his firm serving its local market with 40-50 employees, including 8-10 crews, office and support staff, while more than doubling annual gross revenue, currently at $2-million.

“There are several markets in our province that could benefit from our leadership model and our way of doing business. Right now, our strategic plan is to grow as much as we can in Simcoe County and Muskoka. After that, we’ll see.”