How CEO Andrew Oland stepped back into a family brewing dynasty 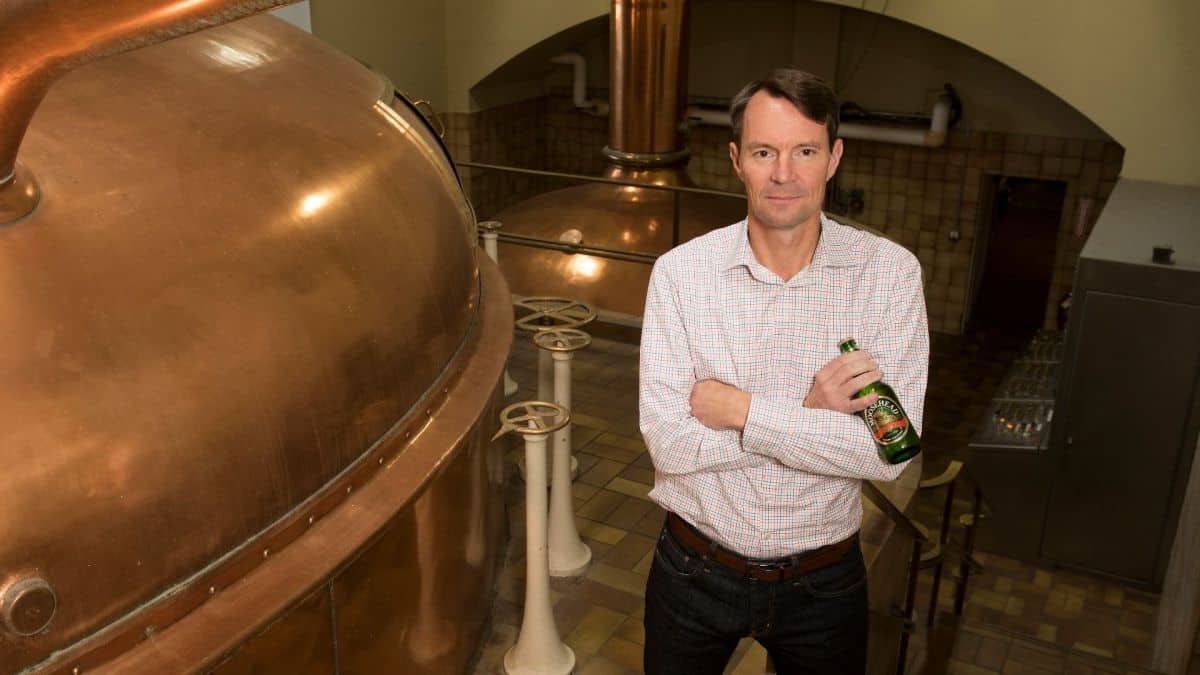 It would be a daunting task to step in as CEO of any 149-year-old company. But the weight of history is even heavier when that company was started by your great-great-great-grandmother ‒ and has been in the family ever since.

“The single biggest thing I’ve learned,” says Andrew Oland, Moosehead’s president and CEO, “is that family businesses are making decisions for the long term. It’s all about longevity.”

Mr. Oland was appointed president of the New Brunswick brewery in 2008 and became CEO in 2013, continuing a family chain that stretches back to Susannah Oland, who began brewing beer in 1867. Two of his brothers, Matthew and Patrick, are, respectively, Moosehead’s Vice President of Supply Chain and Chief Financial Officer.

“My father [Derek Oland] has an expression: ‘I don’t want to be the biggest, I just want to be around the longest’,” says the 49-year-old Mr. Oland. “Some businesses are just thinking about the next 13 weeks, and that must be an immense challenge. Obviously, we have short-term objectives, and I focus on those, but it’s always with an eye toward creating long-term value.

“It’s a balancing act. You have to make sure that you’re not just using the long term as an excuse for not achieving the short term. You always have to be asking yourself about that balance.”

Moosehead, which employs 300 people in its Saint John brewery, is the largest remaining (and, yes, oldest) privately-owned Canadian brewer. Mr. Oland grew up, quite literally, in the family business and first worked in the brewery’s retail outlet in Halifax. After completing his bachelor’s of commerce at Old Dominion University, Mr. Oland cut his teeth at Halifax Shipyards.

In 1992, he came back to Moosehead. Starting as the bottle shop foreman, he worked his way up to sales manager and marketing director positions, earning an MBA from Harvard Business School along the way.

Even with that lifetime of preparation, Mr. Oland reached out for help not long after becoming Moosehead’s president. “I knew I needed some kind of mentorship or coaching vehicle,” he says.

“There’s a time in people’s lives and careers where they think, ‘Boy, I just need to know more,’ ” says Mike Mallory, a Fredericton Chair of TEC Canada, a leadership development organization for business leaders and entrepreneurs. Mr. Oland joined Mr. Mallory’s group seven years ago. “There are a lot of people in the position Andrew was in. They’re reaching out for something to sharpen their own skills.”

Once a month, Mr. Oland meets with a group of TEC peers for a day-long session. Over the years, the members become intimately familiar with the highs and lows of each other’s businesses. That closeness allows them to constructively challenge each other about how they’re working, and what they could do better. In a room filled with top dogs, Mr. Mallory says, “egos have to be left at the door.”

Mr. Oland relishes that honest environment and how it has pushed him to improve. “I’m fortunate that I’ve been exposed to a number of great leaders,” he says, “and the best leaders ask the best questions. I’m trying to ask better questions. One of the things leaders need to do, and this is where questions become important, is develop trust. Familiarly and accessibility help do that.”

He says: “I learn so much from my TEC colleagues as well as the resource speakers who come in to do workshops for our group. Recently, Craig Weber spoke to the group regarding increasing an organization’s conversational capacity. Weber provided a series of questions CEOs can ask to ensure topics are being fully explored by a team ‒ most worthwhile.”

“Often, when discussing a subject, we will go back years to a TEC speaker to reinforce or reference a point,” he adds.

Back at Moosehead HQ, Mr. Oland makes it a point to make daily visits to different parts of the brewery. His walkabouts, he says, aren’t about glad-handing. They’re about getting ideas and making changes.

It was during a visit to HR, for example, that an employee made a simple suggestion for smoothing the “cumbersome process” of Mr. Oland having to approve every new hire: Now, the VP approves the hires, and Mr. Oland is just Cc’d. He’s in the loop, and he doesn’t need to do anything unless he has an issue. “Now, it’s usually just another e-mail that I can read and delete,” he says.

In 2011, Moosehead launched a $30-million expansion and upgrade of its Saint John facilities, even though the beer industry was going through a dreadful sales slump. The expansion, he says, was yet another example of keeping an eye on the long term. In the words of the company’s current ad campaign, launched in anticipation of Moosehead’s upcoming 150th birthday: Outlast.

“I’ve learned the importance of having a simple message and repeating it,” Mr. Oland says. “What are we trying to accomplish? Why is it important? Folks are busy. They have a lot on their minds. They’re not always focused on what’s being said, so it needs to be repeated. The message may not be delivered in the same way, but it’s saying the same thing.

“One of the messages I’ve talked a lot about since I’ve been president is the importance of safety — and we’ve seen a significant improvement in our frequency and severity numbers.” He says Moosehead recently celebrated a company first: more than 12 months without a single lost-time incident.

“That’s not just because of me. When the leader of an organization talks about something on a consistent basis, the organization sees that is important,” he says.

It’s no coincidence that Mr. Oland and his brothers had other careers before joining the Moosehead executive. “That was my father’s rule,” he says. “After your postsecondary education, you have to work somewhere else. There’s no fixed time period, but it can’t just be six months. It has to be a significant period of time.”

He adds: “It allows you to learn and to make mistakes, and to develop a confidence level — so when you come into the business, you’re bringing more to the table than just your last name.”