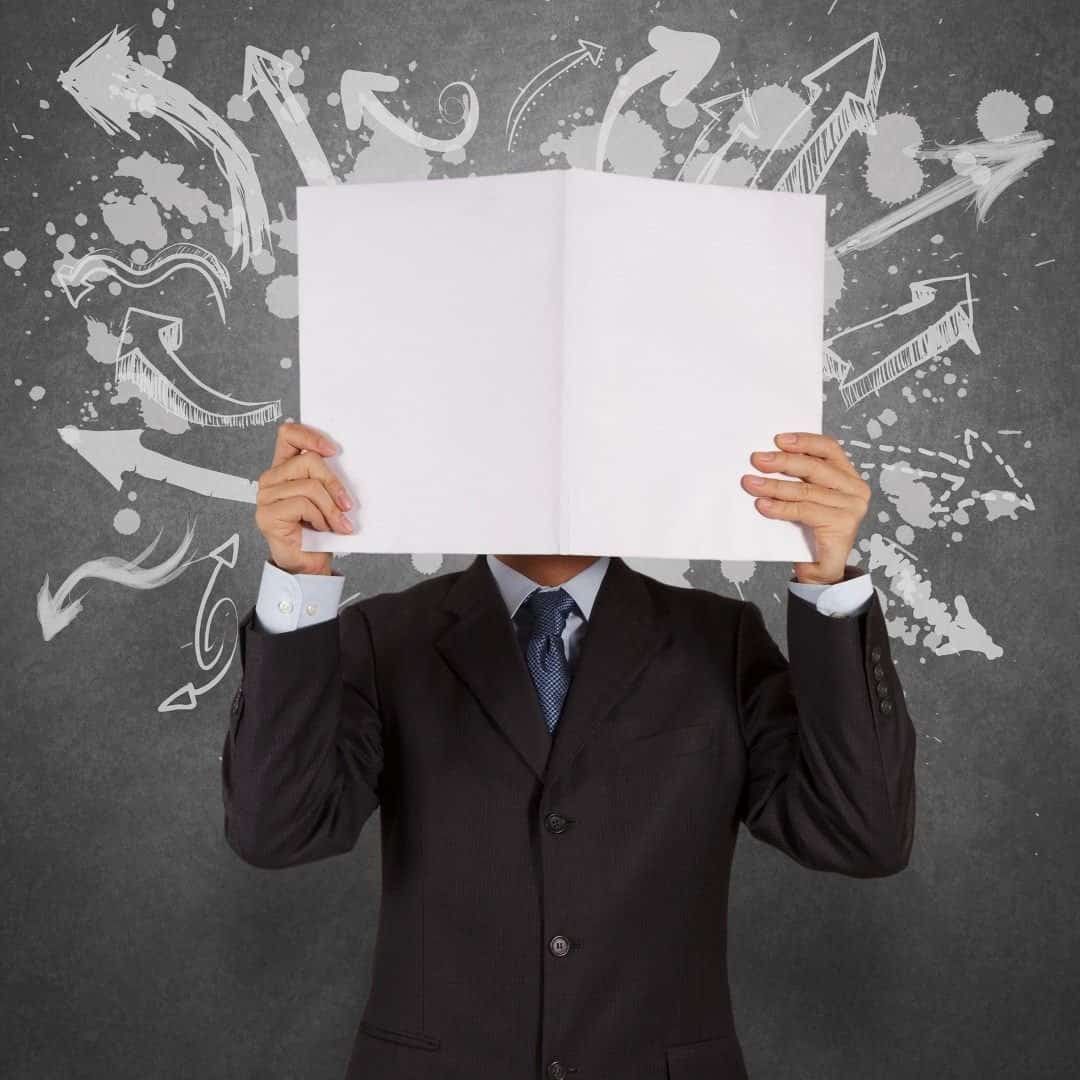 Vern White was Chief of Police of the Ottawa Police Service from 2007 to 2012. Previously he led the Durham Regional Police Service and spent 24 years with the Royal Canadian Mounted Police. As an RCMP Officer he served many of Canada’s remote northern communities.

His MA in Conflict Analysis and Management research focused on restorative justice and its positive impact on the justice system. His Doctorate of Police Leadership research focused on the psychological contract and relational theory within leadership and creating change. He has also conducted research on addiction and its impact on communities and the potential solutions that can be found outside of typical justice systems, including the Support, Treatment, Education and Prevention program.

He currently sits in the Senate.

When you know the right thing to do, you’re out of options

My dad used to say, “When you know the right thing to do, you’re out of options.”

The willingness to be fired because you are doing the right thing; to stand on the rock as people are throwing stones, instead of hiding behind the rock. I’ve worked with a number of people who hide behind the big boulder and hope they don’t get hit, and maybe send a few of their people out. Hiding is not a effective good leadership style.

I grew up in a real rough, typical, Cape Breton coal mining town. Talking your way in or out of a fist fight was almost a daily routine. I think being an East Coaster means you end up engaging people more quickly, and maybe disarming them in a way.

If somebody in the neighbourhood was beating their wife, the wife showed up at our door, and my mum would patch them up and my dad would go and talk to the offender. I don’t think he ever called the police. My dad was a coal miner for 38 years and my mum was a homemaker until my dad retired.

I was a counselor with young offenders for a couple of years, and like a typical Cape Bretoner, doing a bit of bartending on the side, to make a few extra bucks. It wasn’t until I was in my early 20’s I took a leadership role.

When we got to the house, there were three kids outside crying

As a police officer, most people you see are either victims of crime, or offenders of crime, and if you don’t show leadership with both of those, you are not going to be very successful.

One of my first ride alongs, while I was waiting to join the RCMP, was a domestic violence case in a place called Reserve Mines. When we got to the house, there were three kids outside crying, and the front windows were smashed out of the house. I went inside with an RCMP constable and he said, “You talk to the lady and ask her what happened, while I talk to the guy.” After a couple of minutes, he arrested the guy and put him in the car. Then we got the kids inside, got them to stop crying, got their dinner on the table and cleaned up the glass. We tacked a piece of cardboard against the window and drove back into town to lay charges. It was basic leadership, and it was what the situation demanded – taking care of people.

I like to think I always asked for advice when I was leading the Ottawa Police particularly on the drug problem downtown. What I learned from others was youth drugs were the number one issue in our city with 430 kids sitting on a seven-month wait list for residential drug treatment. Kids were dying, and we needed drug treatment centres in Ottawa, urgently, but I could not get the Premier of Ontario to meet with me to commit to the funding. So I stepped up as a leader and went to the CTV TV show, W5, and told them to come and do a show on the Crack Capital of Canada. It got things moving. I remember the police service board chair saying, “How could you do this?”, and I said, “How can I not”. As a result, we got funding for two drug treatment centers, and since then have raised over $20 million to put a counselor in every high school and open two drug treatment centers, one in west Ottawa, and one in east Ottawa.

I felt my leadership role was about being the glue and making tough decisions. Too many leaders get caught up in believing it is about getting agreement. It’s not. It’s never about agreement. I didn’t agree with the best leaders I had, half the time. They explained why they were doing something, where we were going, and said, “Let’s go”. They included me in the discussion, even if they didn’t agree with my input and that was okay.

I make decisions quickly. I don’t believe we should beat an argument to death. A leader should beat it to get the dust out of it and then figure out the best decision.

1,350 officers strap on a gun every day and put their lives on the line

When was I was a corporal in Kimmurut in the eastern Arctic, they had a very low crime rate, so I met with community elders, and said “What’s your biggest concern?” It was that their coop was going broke, so that is where I focused my leadership. Whatever the size of the community and the size of the police force, our job as police officers is to try and help the community resolve their issues.

The Ottawa Police has 2,000 employees; 1,350 officers strap on a gun every day and put their lives on the line. I don’t think there is any greater public service than when you’re willing to lose your life. I talked to those officers about the expectation of the public. You have a leadership role the minute you get to their door. You may be the greatest leader they have seen that day and you have to show up.

When the level of trust as a leader is breached, it is very hard to fix

I love the Vanier neighbourhood in Ottawa – it’s the soul of the city. A lot of people have been there for decades, families, second and third generation, who feel like they’ve always been mistreated. We went in and arrested 100 drug traffickers. We showed up with a pickup truck full of brooms and were out sweeping the streets. The next thing you know, the community members come out and are sweeping the streets too. We cleaned up a park with them and put a neighborhood watch sign up there, because it was a real heavy drug use area. Next came a farmer’s market and we started to rebuild a sense of community.

A police chief is inherently trusted by their community, so I can initiate actions like this. The downside is when the level of trust as a leader is breached, it is very hard to fix.

My worst day as Police Chief was when Constable Eric Czapnik was murdered. He was outside the Ottawa Civic Hospital, sitting in his car, just making some notes when he was attacked. He staggered into the hospital with his throat slit open and died there. As chief, I talked to his wife, I talked to his co-workers, I talked to the hospital staff. You must be the leader at those times.

Then there was the Stacy Bonds case where a woman had her clothes cut off in the cell block, and it was all captured on video. The worst decision I made as the leader was to focus solely on the community, without understanding the impact it was having on my members. I focused on the community because I needed everyone to understand we were taking it very seriously. I mis-stepped. Our officers were getting abuse every single day, and I did not engage quick enough. Within two weeks I started platoon meetings across the city but by then there was some damage done. It took time for my members to see I cared about them too.

The learning for me is to appreciate the full scope of an issue before acting. People had to know if their daughter, sister or aunt was arrested, they would be treated fairly, and my members had to know they would not be judged on the actions of others.

The failure cost the kid his life

I lecture on ethical leadership to JTF2 and I use the Somalia incident as an example. A kid gets killed by Canadian military and it’s a bad day for Canada’s military and all Canadians. It was a failure of ethical leadership that allowed it to happen because the officer had an opportunity to stop it and did nothing. The failure cost the kid his life; Airborne was disbanded; the whole fiasco probably cost Canada $600m.

I had a member of JTF2 come up to me, about three years after he heard me speak on ethical leadership. He was in Afghanistan when a situation arose, and he intervened. You can’t necessarily change someone’s behaviour; you need to make them stop and consider the right thing to do.

A leader finds a new way of tackling a situation

There is a difference between a leader and a manager. A manager is great at identifying the tasks needing to be done. A leader finds a new way of tackling a situation and being transformative in some way, particularly in policing where our environment transforms, continuously. The minute the environment shifts is when leaders start to really show their value.

I look for people who focus on continuous learning

Every leadership decision I made, my mom was looking over my shoulder

Communication is a big part of my style. If any member of the public or an officer called me or emailed me I would personally reach back out to them. My email was only opened by me. I went to every single training session for my members. I would take 30 minutes, quickly give them “The Good, the Bad and the Ugly” and then listen to their concerns and questions. When I talked to my members I would say, “Every leadership decision I made, my mom was looking over my shoulder.” If you think that way, most often, you’ll make the right decision.