What a Super-Jumbo Failure can Teach Us about Planning Ahead 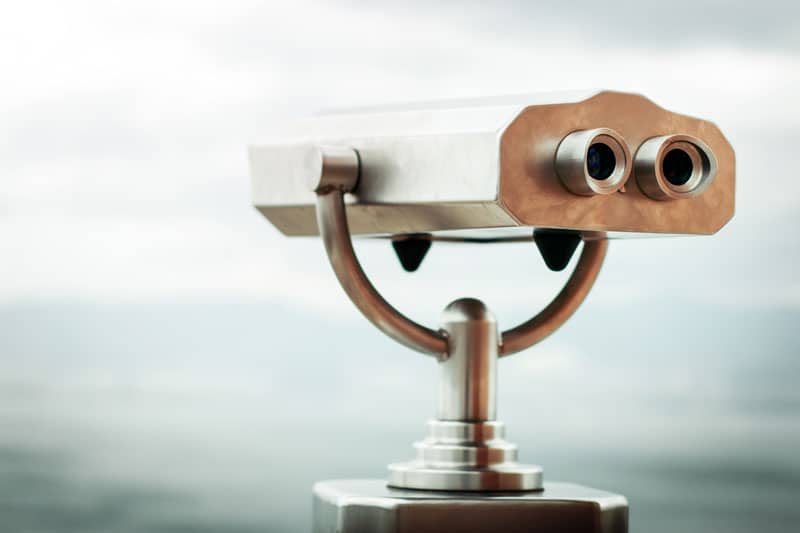 I studied with interest recently the announcement that Airbus was winding down manufacture of its ballyhooed A380 superjumbo jet after barely two decades. A $10 billion bet – down the tubes. I reviewed the genesis of the A380 story: Noting that airports were growing more congested and new airport construction was not nearly keeping up with the pace of travel, Airbus bet the enterprise on what would become the largest passenger plane on the planet.

The rationale was simple — use a giant plane, and more people go through the airport, solving the congestion problem. They went ahead, bet their $10 billion, and recently, after only 12 years in the market, conceded defeat. They withdrew the A380 from the market, and will be taking a huge write-down. Thousands of people who produce the A380 are losing their jobs.

The Airbus story is one that we can all relate to: How do we gaze into the future and figure out what the future of our marketplace will look like? Where is our market headed? Since none of us were born clairvoyant, that requires getting periodic insights from the marketplace: What has changed? What’s different? How do I need to adjust my growth plans?

Chief Outsiders has studied middle market firms with the University of Texas, and learned there are many companies that are cracker-jack operators but who suffer from “head down” syndrome – they are so focused on the current state of affairs that they don’t spend enough time looking out the window to see where they are headed. The strong-willed, survive-and-thrive types – those companies that tend to consistently deliver higher rates of growth — are always updating their understanding of where they stand via competition, and what is happening with their marketplace: Is my market growing and accelerating? Or is it at risk of slipping away?

The aircraft manufacturing industry represents a torture test for gauging the efficacy of such insights. It takes billions of dollars to develop and produce a new aircraft, and it takes at least 10 years from start to finish. Get the insight right, and you are a huge winner, with billions of dollars in profit. Get it wrong, and you could break the whole company and bankrupt it.

So as we ponder Airbus’s plight, we have to wonder, what did they miss? It was true that big airports were getting more congested. But, equally true, is that passengers did not want to travel through big hub airports — flying to the hub from their originating city, and then back out to their destination. Instead, what they wanted was to fly directly to their destination, with no stops at any time of the day they wanted. Convenience – a key insight – was the missed insight, and it became an Achilles’ heel. Boeing, Airbus’ duopoly competitor, through its own insights research, figured out that the answer was a medium size plane that flew longer distances directly to the destination airport. The result of their insights — the 787 Dreamliner — has been a huge hit, and last month they raised the production rate to try to meet demand.

There are lots of other examples. Blockbuster became the home movie monolith for a generation, renting VHS and DVD videos to an eager public – but failing to see the wave of downloadable content that approached with fervor and ultimately swept it out to sea. Microsoft – though scripting a better ending for its movie — foundered by sticking to a “closed system” model of software development. It only survived because its new CEO, Satya Nadella, quickly figured out where the market was going and decisively refocused the company on the cloud space. Today the Microsoft Azure cloud platform is powering the whole company to a new level of growth.

What is common across the above examples? All were nearly felled by change, at a time when business was BOOMING. For a brief time, all of the companies thought they had the right insight, and had their notions reinforced by world-beating sales figures. Perhaps they were so busy tending to growth that they didn’t take the time to look out the window. But insights rarely stay the same in a dynamic market. If you remain too focused on priorities like operational excellence, cost control and customer service, but fail to look out the windshield in front of you, the results could be disastrous.

What about your company? How can you make sure you don’t fall into this trap? Here are three things to watch:

Do you have “situational awareness”? Do you watch your competition and watch your market? What new products or services has your competition introduced? Often the best place to look is the new or small entrant at the edges of your market. Your first reaction may be to scoff at them, but new ideas — more often than not — come from the edges, not from the established players.

Do you have a “point of new” about the future? Do you have a keen vision of where your business and markets are headed? Some CEOs have a natural ability to “look around the corner,” because they are always immersed in the market, talking with customers, and understanding what happens when their own company has a service issue. Could you give your point of view in one sentence, not 20 pages? Satya Nadella can – he made it clear to everyone at Microsoft that the closed system software that built Microsoft was in the past, and that the open Cloud is the future.

Do you update your point of view? Blockbuster figured out the first insight — that people wanted a home view experience with huge selection — but totally missed the second insight, which was that bricks and mortar would become obsolete with direct-to-home downloads. If they had updated their point of view, they could have led the way, but they did not — and have vanished.

Think about your business. Ask the three questions. Do something simple, like talking with key customers or your employees. You don’t need a 20-page document, particularly in the mid-cap space where resources are scarce, and time is money. But, you do need to “look up” from the day to day, and “look out” into the marketplace. Get a few data points, and rough out a point of view. Then update it a few times each year. Share it with your team and get their input. Finally, considering enlisting the help of an outsider who can look at your company and market objectively. Doing that may be the best thing you’ve ever done to assure continued growth for your company.