A sexual harassment policy could save your reputation and your business 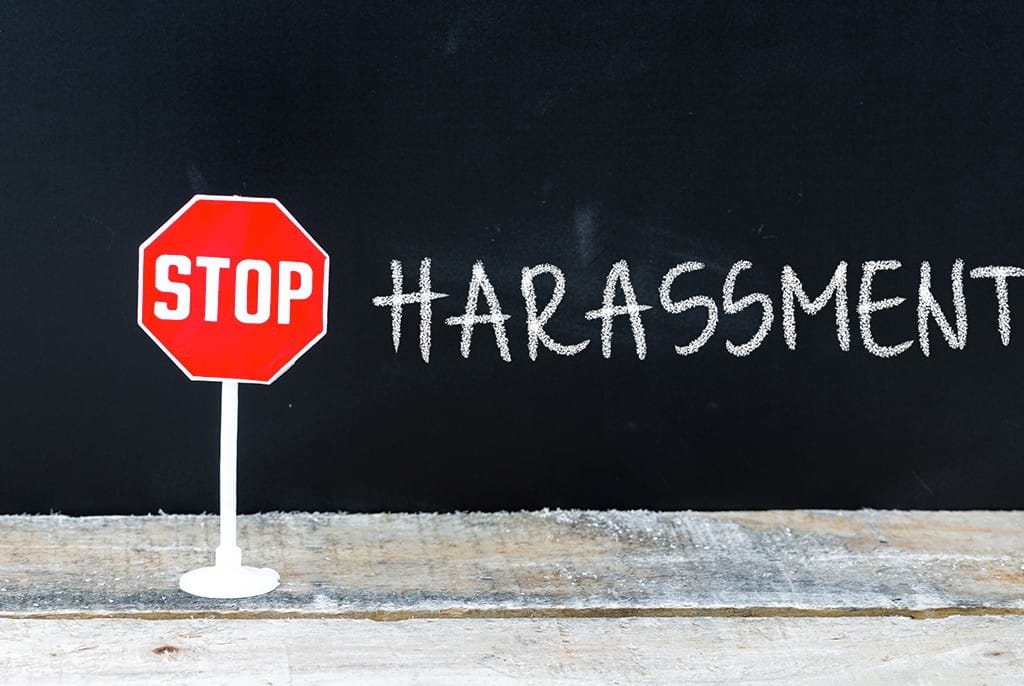 As allegations of sexual harassment continue to emerge, it is more important than ever to refocus and reset expectations within your business so that you are ready to both prevent and address any foreseeable issues.

THE TIME IS NOW TO OPEN YOUR EYES TO THE POSSIBILITY

After all, claims of sexual harassment are damaging to the internal workings and culture of your business and to its reputation as well. If there are reports of harassment in your workplace, take control of the situation by following some of these critical steps:

If harassment occurs, take appropriate action by considering the strength of the evidence, type of aggressive behavior, prior history of the accused and prior adverse action taken by the harasser against the employee.

KNOW WHEN AN EMPLOYER IS LIABLE

The U.S. Supreme Court set the standards for employer liability in 1998 with two cases it decided on the same day: Faragher v. City of Boca Raton and Burlington Industries, Inc. v. Ellerth. While new cases may continue to change the interpretation of statutes, these two in particular set the stage for any business owner.

For five years in the late 1980s, Beth Ann Faragher worked part time as a lifeguard for the Marine Safety Section of the Parks and Recreation Department in Boca Raton. In 1992, she brought an action against two supervisors and the city, filing claims under Title VII (of the 1964 Civil Rights Act) and Florida law, arguing that her then-supervisors created a “sexually hostile atmosphere” at the beach.

Incidents of harassment allegedly included “uninvited and offensive touching,” lewd remarks and offensive comments against women. To defend itself, the employer had to prove it had exercised “reasonable care” to prevent such behavior and that Faragher had unreasonably failed to take advantage of any preventive or corrective opportunities in the workplace.

In the decision, the Court laid out the standard for such cases, writing that, “An employer is subject to vicarious liability to a victimized employee for an actionable hostile environment created by a supervisor with immediate (or successively higher) authority over the employee. When no tangible employment action is taken, a defending employer may raise an affirmative defense to liability or damages, subject to proof by a preponderance of the evidence.”

Burlington Industries, Inc. is an American textiles company where Kimberly Ellerth worked for 15 months as a salesperson before quitting. She eventually alleged that the reason she left was because she had been “subjected to constant sexual harassment by one of her supervisors.”

This supervisor was a mid-level manager with the authority to hire and promote employees. Ellerth alleged on three separate occasions that the supervisors at her workplace could be seen as threats to her. Ellerth did not report the harassment, even though Burlington Industries had a policy against it. She rebuffed all advances and did not suffer any retaliation. She was even promoted once.

In the decision, the Court addressed this question, establishing that, “Under Title VII, an employee who refuses the unwelcome and threatening sexual advances of a supervisor, yet suffers no adverse, tangible job consequences, may recover against the employer without showing the employer is negligent or otherwise at fault for the supervisor’s actions, but the employer may interpose on the affirmative defense.”

To successfully defend itself, an employer must prove:

In the end, reporting sexual harassment is the right thing to do, from both an employee’s and employer’s perspective. If you’re an employer, the earlier that you discover and end the unlawful behavior, the more potential you have for preventing claims. Such claims can seriously damage your reputation, your prospects for investment and your bottom line.