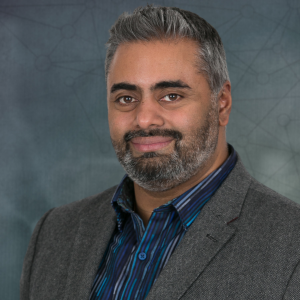 Vinay Nair is passionate about inspiring high-performance leaders to drive transformation—both in their businesses and personal lives—while aligning their work to a greater good in the world. With over 25 years of experience in the technology industry and its marketing functions, he has held leadership roles in small start-ups as well as at IBM and Microsoft, the world’s largest and most valuable technology companies. As a result, he has experienced some of the best executive and leadership development programs ever created, and he has also observed and learned from some of the most dynamic leaders in the world today.

Vinay’s leadership of high-growth technology brands has resulted in significant revenue growth and the eventual sale for both companies. He built the marketing and new patient acquisition strategy for HealthOne one of Canada’s most innovative Health and Wellness centers. While at Microsoft, Vinay was responsible for executing Microsoft’s National Cloud Strategy which led to the purchase and adoption of Microsoft’s Cloud OS portfolio within the largest government and telecom organizations in Canada. He also led the Microsoft Dynamics portfolio in Canada mainstreaming it into the core business and launching it as the premiere Business Application platform in Canada today

Vinay truly believes that people enjoy and achieve more when working as part of high-functioning, high-performance teams, which supports his philosophy that “the whole is always greater than the sum of its parts”. However, his decades of observations have revealed that CEOs do not have the support that they need to effectively lead in today’s increasingly challenging world. For this reason, he has eagerly taken on the role of a TEC Canada Chair to coach, guide, and join the support structure for CEOs, presidents, owners, and leaders of large enterprises. With TEC Canada, Vinay will inspire each member of his TEC CEO group to reach their most ambitious goals—while simultaneously building balance and a legacy every step of the way.

Our group is dedicated to building the next generation of high-performance and highly conscious business leaders in Canada. Together, we will build valuable and impactful companies that will lead the world on how business can be run to be highly profitable and valuable, but at the same time empower the communities to which they serve.